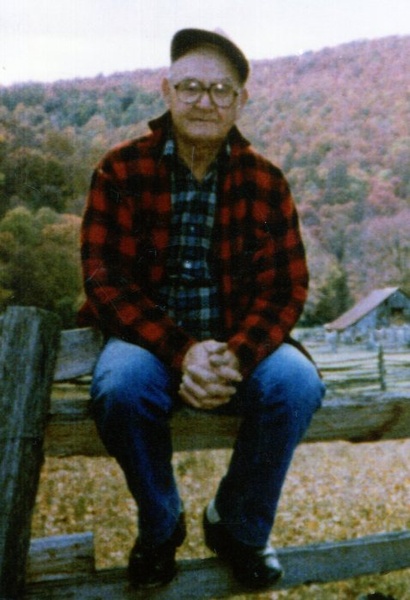 Beryl Max Rose age 92 of Erbacon passed away December 15, 2016.  Beryl was born December 12, 1924 in Erbacon and was the son of the late Okey McKinley and Ora Olive Johns Rose.  Also preceding him in death are two children, Gary Beryl Rose and Betty Ann “Sue” Knight and a brother Noah Rose.

Beryl was born and raised in Camp Run. He was a Baptist by faith and was a member and trustee of the Erbacon Community Church.  He was a US Army Veteran of WW II, and was a truck driver for more than 50 years.  He also worked two years in Morgantown at the glass and faucet factories and at retirement he was a security guard with B & C Security in Sutton. He loved to hunt, fish, trap, go ginsenging, play fiddle and he loved gospel, bluegrass and classic country music.

Service will be 11:00 AM Monday December 19, 2016 at Adams-Reed Funeral Home, Cowen with his son in law, Pastor Don Bean and grandson, Pastor Matthew Ledbetter officiating.  Burial will follow at Erbacon Cemetery.  Friends may call 5-8 PM Sunday evening at the funeral home.

Online condolences may be left for the family at www.adamsreedfh.com.

To order memorial trees or send flowers to the family in memory of Beryl Rose, please visit our flower store.