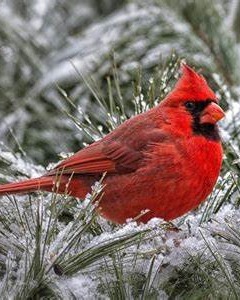 Born September 23, 1951 in Upshur County, she was the daughter of the late Delbert Harman and Verla Agnes (Fox) Anderson.  In addition to her parents, she was preceded in death by her husband, Steven Davis and her daughter, Kelly.

She enjoyed watching classic criminal shows like Murder, She Wrote, Matlock, and Perry Mason. She especially enjoyed animals, specifically her dogs and cats; and watching the birds.

Left to cherish her memory are her sons: Kevin Michael Davis of Cowen, and Robert Davis of Tioga; grandchildren: Kayley Williams, Madison Williams, and Steven Michael Davis; sisters: Patty Hammons of Tioga, and Mary Lett of OH; seven nieces and nephews; and a host of other relatives and friends to mourn her passing.

In keeping with her wishes, no public services will be held.

Adams-Reed Funeral Home is honored to be serving the Davis family.

To order memorial trees or send flowers to the family in memory of Carolyn Sue Davis, please visit our flower store.