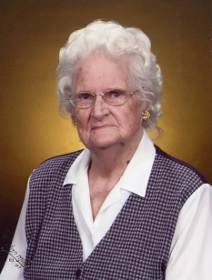 Delbert F. McCartney, 76 of Cowen passed away on Friday, October 24, 2014 at his residence with his family by his side. He was born August 18, 1938 in Desert Fork to Virgil and Ruby Lough McCartney and was a lifelong resident of Webster County. He proudly served his country in the United States Army where he received medals for Good Conduct, the National Defense, and Sharpshooter. He attended the Grassy Creek Community Church, enjoyed hunting for ginseng, and he loved to fish. He was a welder for over 20 years, a 911 dispatcher for Webster County EMS, and a security guard for Brooks Run Coal Company.

Friends may join the family for visitation on Monday, October 27, 2014 from 5:00 to 8:00 PM at Adams-Reed Funeral Home. Funeral Services to celebrate Delbert's life will be held on Tuesday at 12:00 noon at the Funeral Home with Rev. Doug Martin officiating. Interment will follow in McCartney Family Cemetery, Cowen.

To order memorial trees or send flowers to the family in memory of Delbert McCartney, please visit our flower store.