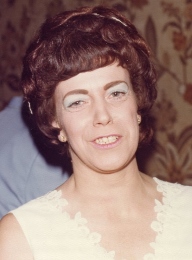 Doy Hanson Carpenter, 88, a resident of Beckley and Upper Glade, WV, passed away on Sunday, May 12, 2013 at his home in Beckley. He was born January 24, 1925, at Centralia, Braxton County, WV., the son of the late Barrick Emmitt Carpenter and Gussie Dove McCourt Carpenter.

For 38 years he worked as an electrician in the coal-mining industry in central WV. After his retirement from the position, he operated a heavy equipment construction business. He also bought, refurbished, and sold several houses in WV, and NC.   Perhaps the work which he most enjoyed was that of restoring automobiles, especially vintage British sports cars, several of which have appeared in various shows and parades.

He was a member of the United Mine Workers of America and the Moose Club. He attended Family Worship Center of Beckley and Trinity United Methodist Church of Cowen, WV.

He is preceded in death by his parents; sisters Lola Mae Kucish and Dorothy Carpenter, and his beloved grandson James Britton Lowery, II.

All of those left behind cherish his memory. He was always a kind, sincere man who regardless of how busy he may have been with his various tasks, always had time for his family and friends. He never met a stranger and was always the first to offer help. He would give you the coat off his back, money from his pocket or a ride home

To order memorial trees or send flowers to the family in memory of Doy Carpenter, please visit our flower store.