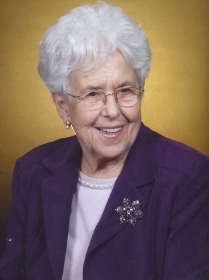 Grover William Mathes, 86 of Cowen passed away on Saturday, April 4, 2015 at Webster County Memorial Hospital. He was born March 10, 1929 in Marcus (Webster County) to Harvey and Cordie Woodring Mathes and was a lifelong resident of Webster County. He was a coal miner for Island Creek Coal and Majestic Coal for over 37 years and was Methodist by faith. He enjoyed hunting and spending time with his family.

Grover is survived by his wife Helen Corene Powers Mathes; sons Bernard William Mathes and James Edward Mathes, both of Cowen; brother Irvin Mathes of Cowen; four grandchildren; and seven great-grandchildren. He was preceded in death by his parents, three brothers, and two sisters.

Friends may join the family for visitation on Wednesday, April 8, 2015 from 12-2 PM at Adams-Reed Funeral Home. Funeral Services to celebrate Grover's life will be held at 2 PM with Rev. Ercel Williams officiating. Interment will follow in Odd Fellows Cemetery, Cowen.

To order memorial trees or send flowers to the family in memory of Grover Mathes, please visit our flower store.