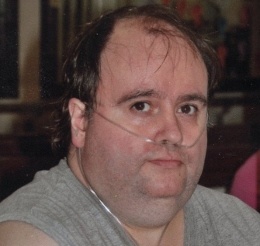 James Edward Gallemore, 76 of Camden-on-Gauley, WV died on Christmas Day, December 25, 2011 in Hurricane, WV after a long-fought battle with cancer.  He was born at home in Graves County, KY on June 19, 1935, the son of the late James Allen Gallemore and the late Melissa Louella Clark Gallemore.  He was also preceded in death by his wife, Sue Ann (Susie) Gallemore; sister Ruby Peek; brothers-in-law Rocky Hodge, Rube Peek, and Jim Henley; and sister-in-law Barbara Gallemore.  He is survived by his very special companion and Angel on Earth Rita Woodall; his only child Tanya Ranae Fields and her husband Charles Fields of Spring Hill, TN; one granddaughter Trisha Christine Fields of Nashville, TN; two grandsons Brian Charles Fields of Louisville, KY and Scott Edward Fields of Knoxville, TN; brother Bobby Gallemore of Cantonment, FL; and sister Margaret Henley of Lake Station, IN.  He will also be missed by many nieces and nephews and a multitude of friends who knew him best as "Big Jim".

In 1953, he began working at U.S. Steel in Gary, IN where he worked for a total of more than 33 years, retiring from the Energy and Environmental Control Division.  While there he was a volunteer for the Good Fellows Club, an organization designed to provide assistance to needy families.  He also volunteered with the Boy Scouts of America and was recognized for his participation in Project Soar, an effort to save American Resources.  In 1957, he enlisted in the United States Marine Corps.  He very proudly served on active duty for 3 years, and an additional 35 years in the Marine Corps Reserves, coming up through the ranks to Chief Warrant Officer - 4.  His military awards include Marine Achievement Medal, Marine Good Conduct Medal, Marine Reserve Medal, National Defense Service Medal, and Armed Forces Reserve Medal.

Upon his retirement from U.S. Steel in 1986, Jim and his wife Susie made their home in Camden-on-Gauley, where he became co-owner of the Army Surplus Store.  Throughout his life Jim dedicated countless hours, talents, and energy to make a difference in the lives of so many people.  Specifically, he served as a Sunday School Teacher and Youth Group Leader for the United Methodist Church, participated in church work camps helping to build homes and provide a better quality of life to the underprivileged.  He was a member and chairman of the 9-1-1 board, Lion's Cub and Literacy Club.  He took a leading roll in forming the Camden Area Improvement Committee.  He served as Treasurer, Firefighter, and Member of the Cowen Volunteer Fire Department and was named the Camden Member of the Year in 1991.  He was known as W8PAD in the Nicholas Amateur Radio Club for many years.  Having been touched by the kindness of those involved in the care of his late wife, he became a volunteer for Hospice Care, bringing a source of comfort and strength to others struggling through a difficult illness.  He continued to do so even after the diagnosis of his own illness, which ultimately took his life.  Jim touched the lives and hearts of everyone who knew him and leaves behind a legacy of love, kindness and good will toward all.  He will be greatly missed.

Friends may join the family for visitation on Thursday, December 29, 2011 from 5:00 to 8:00 PM at Adams-Reed Funeral home in Cowen.  Funeral Services will be held on Friday, December 30, 2011 at 11:00 AM at the Funeral Home with Pastor Keith Williams and Bill Whittington officiating.  Interment will follow in West Virginia Memorial Gardens, Calvin.

To order memorial trees or send flowers to the family in memory of James Gallemore, please visit our flower store.