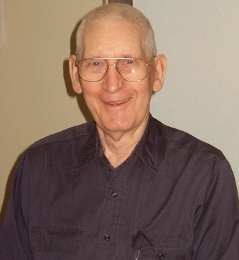 Margaret Julia Wayne , 87 of Cowen passed away on Thursday , February 28, 2013 at her residence. She was born September 28, 1925 in Wainville, Webster County, WV to the late Lawrence & Flora Greene Weese. She was a retired cook for the Webster County Board of Education and Camp Ceasar , she also worked for Caseys Deptartment Store and a Telephone Operator. She enjoyed Quilting, cooking and walking. She lived her life in Webster County was a Methodist.

Friends may join the family for visitation on Saturday, March 2, 2013 from 5-8 p.m. at Adams-Reed Funeral Home. Funeral Services will be held on Sunday at 3:00 p.m. at the funeral home with Rev. James "OZ" Gray officiating. Interment will follow in the Wayne Family Cemetery, Dennison Run Road, Cowen.

To order memorial trees or send flowers to the family in memory of Margaret Wayne, please visit our flower store.