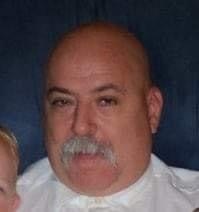 Born October 10, 1961 in Richwood, he was the son of the late Oscar and Carmella (Zangari) Tharpe, Sr. In addition to his parents, he was preceded in death by his wife, Patricia (Fleming) Tharpe; and his sister, Rose Mary Tharpe.

He was a member of Kingdom Hall (Marist Hall) in Summersville.  He enjoyed camping, yard sales, and trading and selling lawnmowers.

Left to cherish his memory are his children: Bryan (Brittany) Tharpe of Rock Cave, Amber Tharpe of LA, and Brandon Tharpe of LA; step-daughters: Phalon (Randy) Bennett of Cowen and Gabby Fleming (companion, Montana) of Richwood; brother: Michael Tharpe (companion, Dorothy Sheets) of Craigsville; sister, Linda (Steve) Willis of Craigsville; numerous grandchildren; and a host of nieces, nephews, other relatives and friends to mourn his passing.

In keeping with Oscar’s wishes, cremation will take place and no services will be held at this time.

Adams-Reed Funeral Home is honored to be serving the Tharpe family.

To order memorial trees or send flowers to the family in memory of Oscar Tharpe, Jr., please visit our flower store.