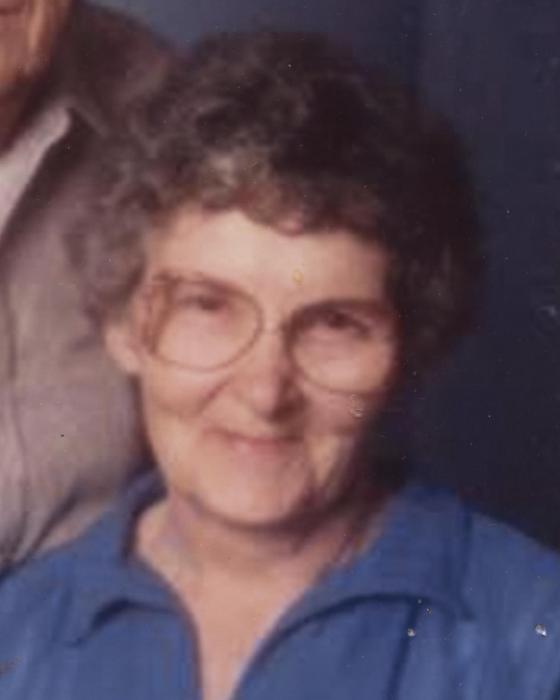 
S. Maxine Weese, 91, of Cowen passed away December 22, 2015. Maxine was born August 12, 1924 in Webster County and was the daughter of the late Henry Oscar and Macel (Vanhorn) Adkison. In addition to her parents, she was preceded in death by her husband Marco Weese; son, William “Bill” Weese and several brothers and sisters.
Maxine was a member of the Church of Jesus Christ of Latter Day Saints. She served as Relief Society President; she was also Primary and Young Women’s President. Maxine loved to read scripture and listen to church music but most of all loved her grandchildren.
Surviving are her daughters; Sharron Sims and her husband Forest and Karon Weese; grandchildren, Mark Sims, Mike Sims, Marla Midkiff, Greg Weese, Anissa Meacham, Serena Palmer, Sierra Nutter and Nikki Treadway; fifteen great- grandchildren; 6 great-great-grandchildren; sister, Carol Grimes; brother, Jim Adkison; and several nieces and nephews.
Service will be held 12:00 noon, Saturday, December 26, 2015 at The Church of Jesus Christ of Latter Day Saints, Cowen with Elder Keith Hamrick officiating. Burial will follow at West Virginia Memorial Gardens, Calvin. Friends may call one hour prior to the service at the church.
Online condolences may be sent to the family at www.adamsreedfh.com
Adams-Reed Funeral Home, Cowen is honored to serve the Weese family.

To order memorial trees or send flowers to the family in memory of S. Maxine Weese, please visit our flower store.