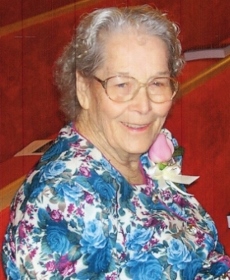 Velma Leota Lough, 66 of Craigsville passed away on Sunday, September 22, 2013 at her residence. She was born September 24, 1946 in Webster County to George and Lilly Hall and she was a homemaker,she enjoyed shopping.

According to the family wishes, she will be cremated, Adams-Reed Funeral Home is assisting the family with arrangments.

To order memorial trees or send flowers to the family in memory of Velma Lough, please visit our flower store.