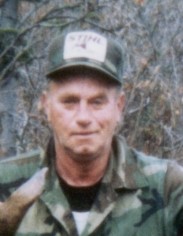 Service will be 1:00 PM Tuesday October 6, 2015 at Adams-Reed Funeral Home, Cowen with Rev. Keith Williams officiating.  Burial with military honors will follow at West Virginia Memorial Gardens, Calvin.  Friends may call one hour prior to the service at the funeral home.

To order memorial trees or send flowers to the family in memory of Wendell Young, please visit our flower store.