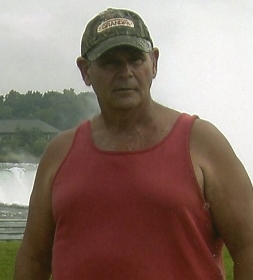 As a teenager, Bill was inspired to pursue an education in Osteopathic medicine by his uncle John N. Kurish D.O.  After graduation from Cowen High School in 1954, he went to West Virginia University for pre-med and was accepted at Kirksville (MO) School of Osteopathic Medicine (now AT Still University) in 1957.

"Dr. Bill" marks the end of the era of house calls as he served the Cowen area as a physician in private practice from 1962 through 1998 when he retired.  He also acted as Webster County Health Officer from 1971-1998 and served on the Webster County Board of Education.  Bill was a member of Trinity UMC & UM Men, Camden-on-Gauley Masonic Lodge # 107 where he served as the "Worshipful Master" in 1985-1986, Camden-on-Gauley Chapter #161 Order of the Eastern Star where he served as "Worthy Patron" 2000-2001, a 50+ year member of the Cowen's Lion's club, and The WV Society of Osteopathic Medicine where he was recognized as the "Practitioner of the Year" in 1995.  Bill also supported the building of the WV School of Osteopathic Medicine in Lewisburg.

A memorial service will be held at Trinity UMC in Cowen, WV on Saturday, April 25th at 12 pm.   Visitation with the family will precede the service starting at 11am.  In lieu of flowers, donations can be made to the WV School of Osteopathic Medicine in Lewisburg, WV, or Trinity UMC, Cowen, WV.  Adams-Reed Funeral Home are honored to assist the family in arrangements.

To order memorial trees or send flowers to the family in memory of William Gray, D.O., please visit our flower store.